Read this newsletter online in your browser.

Hello, it has been a another busy summer for us and we are pleased to share with you what we have been up to this time around…

We have just finished the first issue and iteration of e-PERMANENT. The site launched on Sunday 2nd September at Phoenix Brighton as part of the Digital Festival. The first issue has been designed by Hexaplex and co-curated by Cheryl Gallaway and Laura Mousavi.

Over the coming year Permanent will be working with us to further develop the site into a citizen curated publication and there will be a further 3 issues. The website will feature an open submission for artists experimenting with the internet as medium and/or presentation space, alongside new writing. We will also be designing a public digital archive of past and future exhibitions and events, which will be launched in 2013. 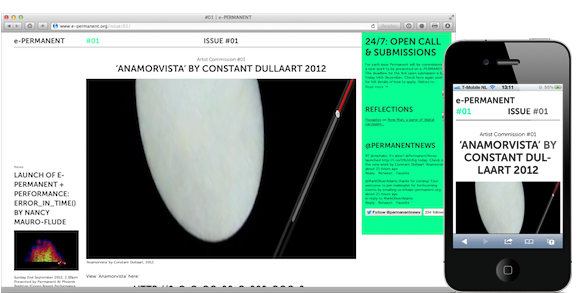 This September is the second Digital Festival. Cheryl was invited to develop a new logo and identity for the festival. The logo is inspired by animated geometry and is programmed to change, revealing a multitude of configurations, reflecting the many nodes and dynamics within this self-organised fluid digital festival. 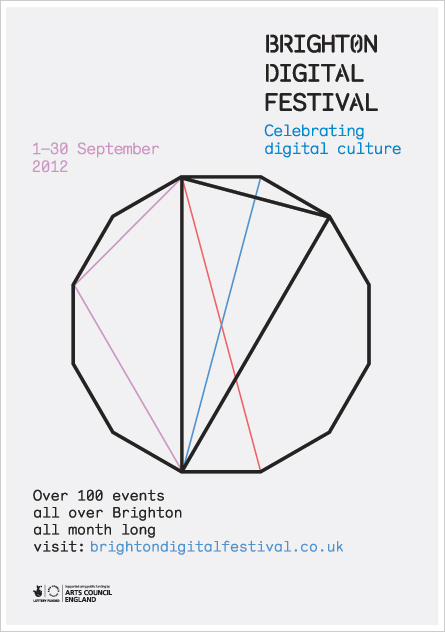 Wandering Bears
identity
Wandering Bears is a community of emerging creatives. A centre for new work, ideas and collaborative projects. Wandering Bears was founded in 2010 by Nik Adam, Luke Norman & Peter Haynes. Earlier this year we were approached by the bears, as they liked the designs we did for Photo Fringe OPEN’11. We were invited to work with them on a new and fresh identity. Here is the result! 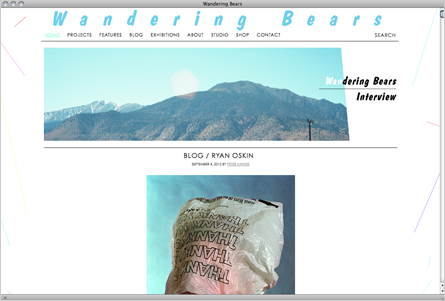 Andrew Ferguson has sent us another photograph to add to his collection at our White Smoke project. Thanks Andrew! 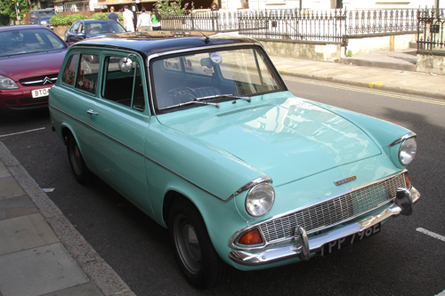 Guest lectures
Over the course of this year Cheryl has appeared for Hexaplex a couple of times as guest lecturer on the MA Digital Media Design course, at Brighton University.

Cheryl is now on maternity leave. Good luck and see you in the spring!

Bas is a independent communications and PR professional working in Amsterdam. Our paths have crossed in mysterious ways before – going around the same circles in Alkmaars music scene – but after working on STEIM’s Patterns + Pleasure festival Bas came to us asking for a update to his web presence.

The decision was made to use the main page of the site as a profile on Bas, here you can find a selection of the projects he worked on, a news feed and a showcase of his photography. This way it’s possible to form a full picture of Bas at a glance.

The design was developed in collaboration with Felicia Nitzsche using typekit web fonts and cutting-edge html5 and css3.

While working at Solar initiative we developed the first version of Krista’s website in 2007. Even though Krista was still happy with the site, she felt like a fresh style for 2012. The new site is developed in collaboration with Felicia Nitzsche, it shows a selection of Krista’s free work and portfolios of various commissioned assignments. All in all it’s all a bit bigger, clearer and more flexible, using clean typekit web fonts. Another great find was enabling the ImageMagick engine to keep the colours of Kristas images as close to the originals as possible. 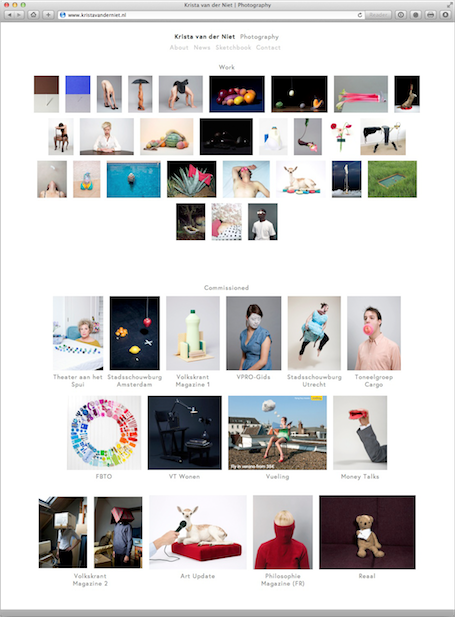 Micha assisted Ramona Stöcker in creating a web presence for Berlin based G+E Filmproduktion – Sebastian Gross and Tobias Ebling – this resulted in both a desktop as well as a mobile version. www.grossundebling.com

Another project Micha worked on with Ramona is a site for the documentary “el Elefante Blanco” by Alan Rexroth see www.elelefanteblanco.de for more info.

Micha and Felicia also worked on further developing the Steinbeisser identity with a redesign of the html newsletters see the latest at: www.steinbeisser.org/newsletters/the-solo-exhibition-of-monika-brugger

Hexaplex would love to hear from you if you have any exciting projects you think we could help you with.